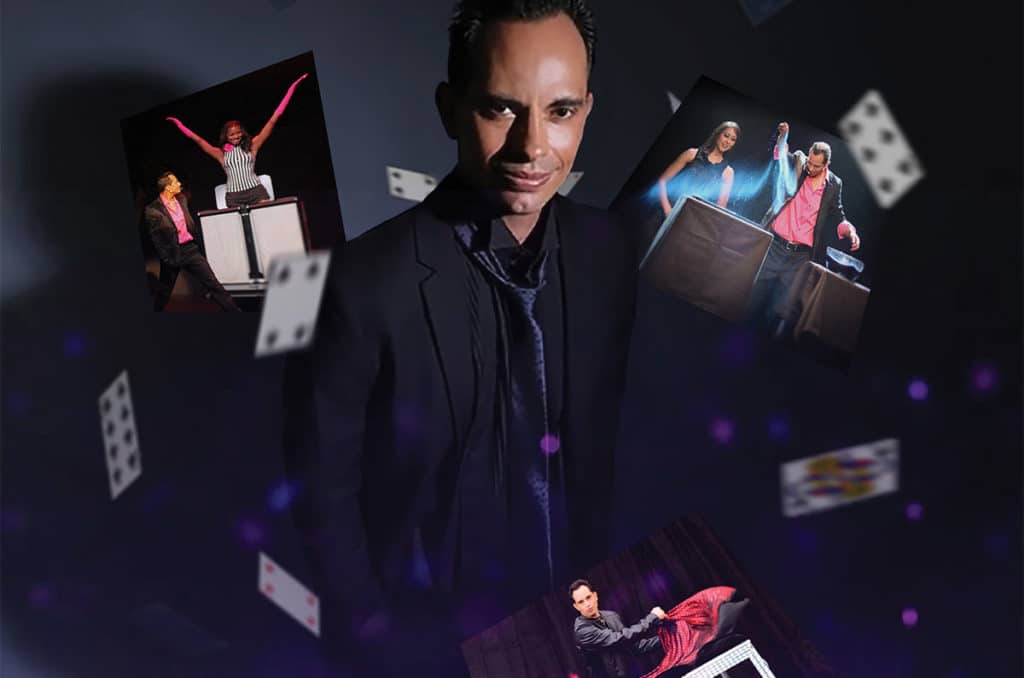 We are a comedy, magic, and illusion team based out of Southern California, we perform at a few wineries here in Temecula. Our illusions and magic are sophisticated upbeat and emotional! This show is a rollercoaster!!!

Anthony the MAGIC is a magic and illusion team based in Los Angeles, CA. We are a “Top Five Best Performer” with IAAPA, the 2012 Press Enterprise “Reader’s Choice” for “Best Entertainer”, Hot List 2014/2015 Best Theatre Show, and we were the promotional magicians for the movie, “Oz the Great and Powerful.”

We are bilingual in English and Spanish…and we know enough Mandarin Chinese to get through a show. We can perform strolling magic, parlour shows, big illusion shows, and escapes almost anywhere!!.

We have performed our own 2 hour big illusions show at the Welk Resort Theatre in Escondido every Wednesday night for the past 10 years.

We haved enjoyed performing for the Marriott Corporation for the past four years, with weekly shows at Shadow Ridge, Desert Springs and Newport Coast Villas.

We are the best selling entertainer at the Pearson Park Ampitheatre in Anaheim, CA every year bringing in 900 – 1600 people each show. We are licensed and insured, including our workman’s comp.