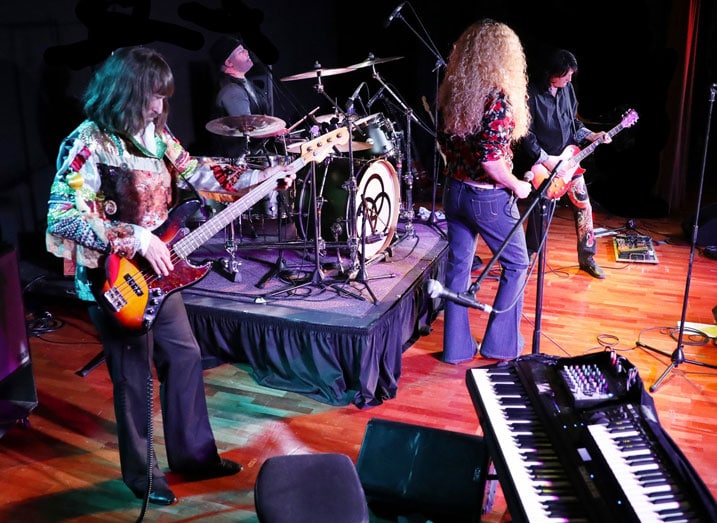 Derek Harris – The Voice
Derek is one of the most accomplished Robert Plant impressionist on the planet. His uncanny moves and gestures will make you believe you are in the presence of Robert himself.

Wade Norton – The Melody
Wade is a guitarist for the decades. His polished persona was not developed overnight. He has played with many big names and loves to play like Jimmy.

Mark Stevens – The Heartbeat
Mark is a very skilled powerful drummer with extreme jazz skills. He has also played with many big names throughout his lifetime of music.

John Paul Joel – The glue
Joel is a man of two instruments he is exceptional at both. He has played in many Led Zeppelin tributes in the last twenty years.