Gino and the Lone Gunmen 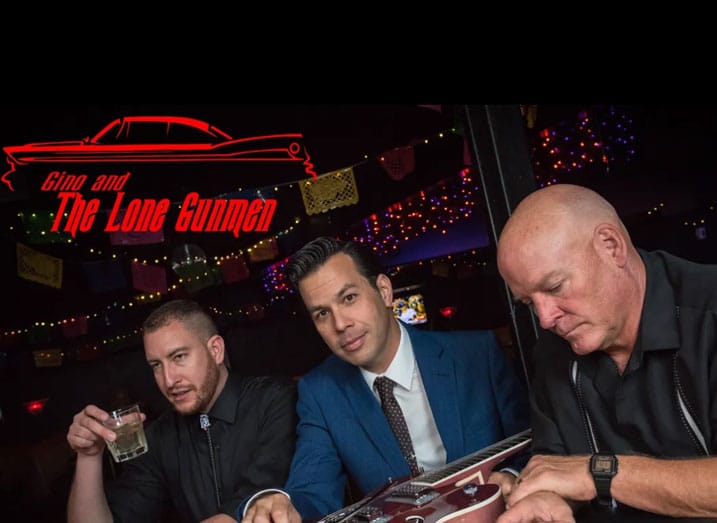 Gino and the Lone Gunmen

The Lone Gunmen is a 3 piece band that performs a rockin’ mix of ROCKABILLY, SWING, BLUES, COUNTRY, and Vintage ROCK and ROLL.  Their song catalog includes rockin and swingin original music, as well as all your favorites, including everything from Elvis and Buddy Holly to the Cavern Club days of the Beatles and more!

The Lone Gunmen have shared the stage with many other great bands such as Big Bad Voodoo Daddy, Slim Jim Phantom(Stray Cats), Three Bad Jacks, Big Sandy and many more.  After their first appearance at the 2012 Viva Las Vegas festival, the band has been quickly gaining more and more fans from around the world!   The band’s self titled, debut CD (available at iTunes and Amazon) of original music was released in early 2010 with a follow up CD titled “Idle Hands” in 2014 on Heyday Records and a collection of Rock and Roll favorites called “Anthology Vol 3” in 2015.  The Lone Gunmen have also been featured on the “Viva Las Vegas Rockabilly Weekend” #15 and #18 compilation CDs as well as the Bear Family Records Anniversary box set!