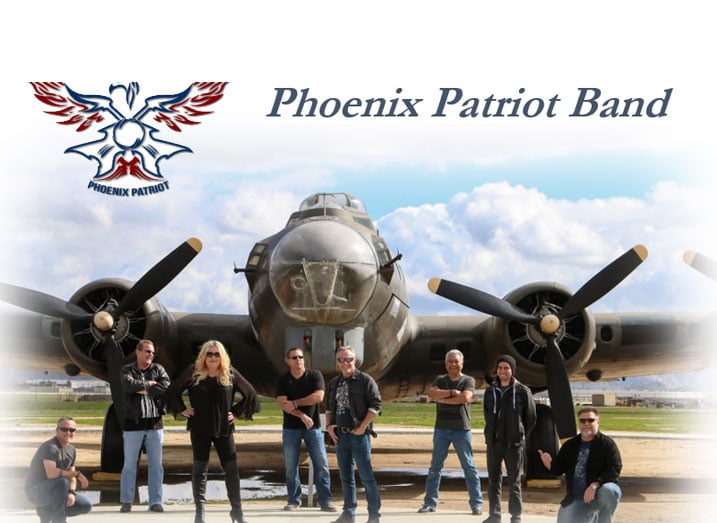 The band serves as ambassadors of the foundation and facilitates its music program; working with veterans both on and off stage.

The Phoenix Patriot Band was formed in January 2014. Darrin Isham, retired Navy SEAL and Music Program Manager for Phoenix Patriot Foundation, created the band as a vehicle to facilitate the foundation’s music program, and serve as a marketing platform for the foundation. The band is currently headquartered in Temecula, California. The award winning band delivers a patriotic veteran themed show aimed at supporting veterans needs!