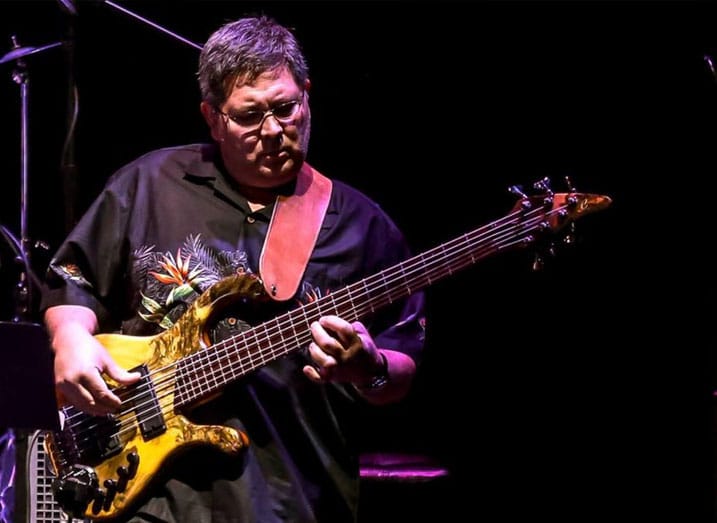 JD Pinckney was exposed to music constantly throughout his life.  Both his father, a cellist and his mother, a harpist were members of the prestigious Saint Louis Symphony.

JD began his musical career on the cello at the tender age of seven and switched to bass when he was 14. He played in the University City High School Orchestra and also the Jazz Band. He has studied at music at Washington University in St. Louis, and privately with Henry Loew, the principal bassist with the Saint Louis Symphony. He attended the Musicians Institute of Technology in Hollywood, CA where he studied with Gary Willis, Steve Bailey, Jeff Berlin, Alexis Sklarevski, Tim Bogert and many other phenominal bassists. JD also plays a mean blues harmonica.

JD studied computer science and Web design at the University of Phoenix where he has a BS in Information Technology.

JD draws his influences from many sources, from R&B to rock to jazz and everywhere in-between, and that shows in his ability to blend in to virtually any musical situation. You can hear influences of the following bassists in JD’s playing: Marcus Miller, Anthony Jackson, Alfonso Johnson, Jaco Pastorious, Stanley Clarke, Abraham Laborial, Larry Graham, Pino Paladino, Verdine White, Louis Johnson, Rocco Prestia, James Jamerson among others.

JD has an uncanny ability to blend in to virtually any musical situation. He always adds his own special funky energy to whatever music he is performing.

JD spent much of the 80’s and 90’s gigging and touring with various rock, R&B and jazz acts. He has toured with Chaka Kahn, Gary Walker, Ollie Ali Wilson of the Temptations, Johnny Graham of Earth Wind and Fire, Krystol, Pleasure Mask, Bibianna, Casual Sax, and many other acts. JD has shared the bill with the likes of War, Morris Day and the Time, Confunkshun, The Jets, to name a few.