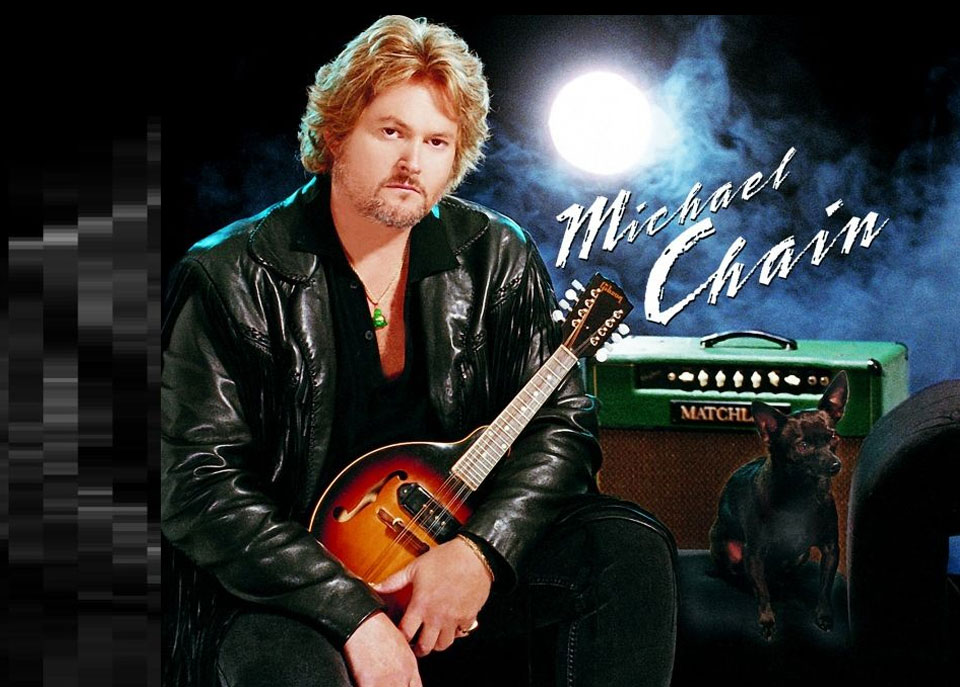 When it comes to song writing, the story’s the thing, and Michael Chain tells one with the best of them. No big surprise. Chain has been a top music and screenwriter for years (major artists record his tunes, his shows have been EMMY nominated and won the prestigious Peabody Award). And the man can sing. A quick listen to any cut on Chain’s CDs makes that clear.

Chain knows his way around a recording studio, but concerts are where his heart is – no audience in a session. From hell holes the Hollywood Bowl he has shared the stage with everybody from Led Zeppelin to Louis Armstrong.

Michael grew up(?) in the wilds of Laurel Canyon when it was the Music Mecca of rock. His parents gave him a guitar for his thirteenth birthday to get him to put down his BB gun and it worked. Music became his passion. Sinatra gave the boy his first singing job, Bob Dylan encouraged him to pursue a recording career, and Buck Owens told Michael “cut your damn hair!”