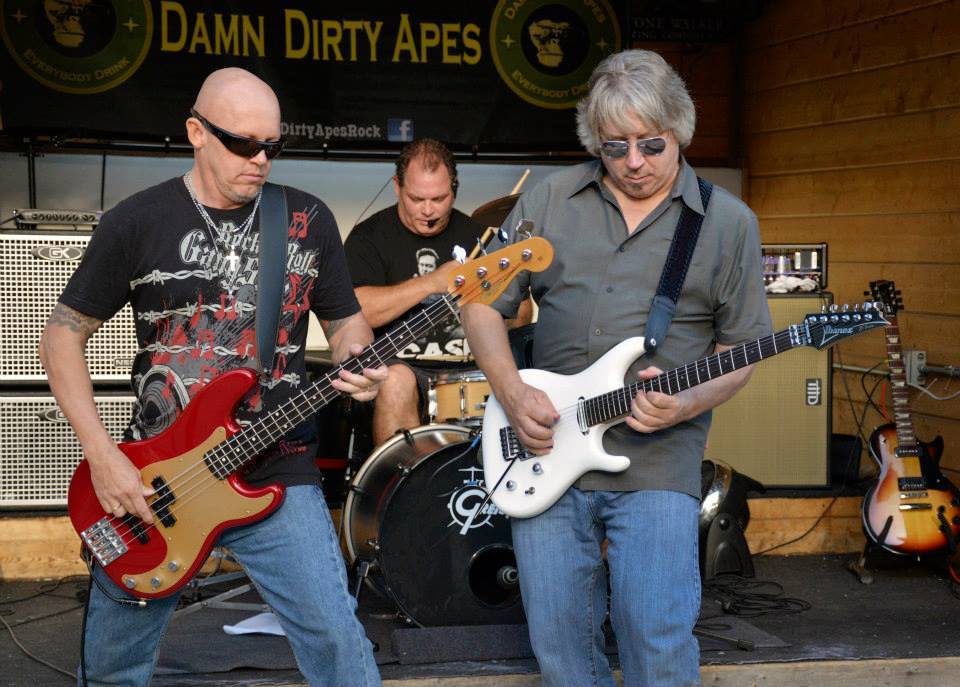 Damn Dirty Apes is a high energy in the groove rockin cover band like none you have seen before. Comprised of seasoned professional musicians formerly with national acts WHITE LIE and The Xtaticx that have major touring experience and have played with the likes of Motley Crue, Quiet Riot, Poison, UFO, Dokken, Warrant, Ratt, Great White, Y&T, Tesla and many more.

This is not your typical average bar band, Damn Dirty Apes create a vibe with understanding how to ebb and flow music selection with the audience along with the bar to keep patrons on the floor dancing and thirsty. We understand bar science and we are good at it…! Not a bunch of average guys that try to play covers, Damn Dirty Apes are well seasoned musicians that play songs with energy and the way they should be played. No imitations, limitations or interpretations here, you’ll have a good time and the audience will leave saying “Let’s Do It Again”..

With an extensive song library of great music we engage with the audience and include them in “The Game” where everybody wins, especially the bar. Damn Dirty Apes is a highly rated and sought after high energy band that has played all over Southern California playing every type of event and venue including by request for the Emmy cast party for the hit TV show Breaking Bad.