The Moment With Kelly Cowan 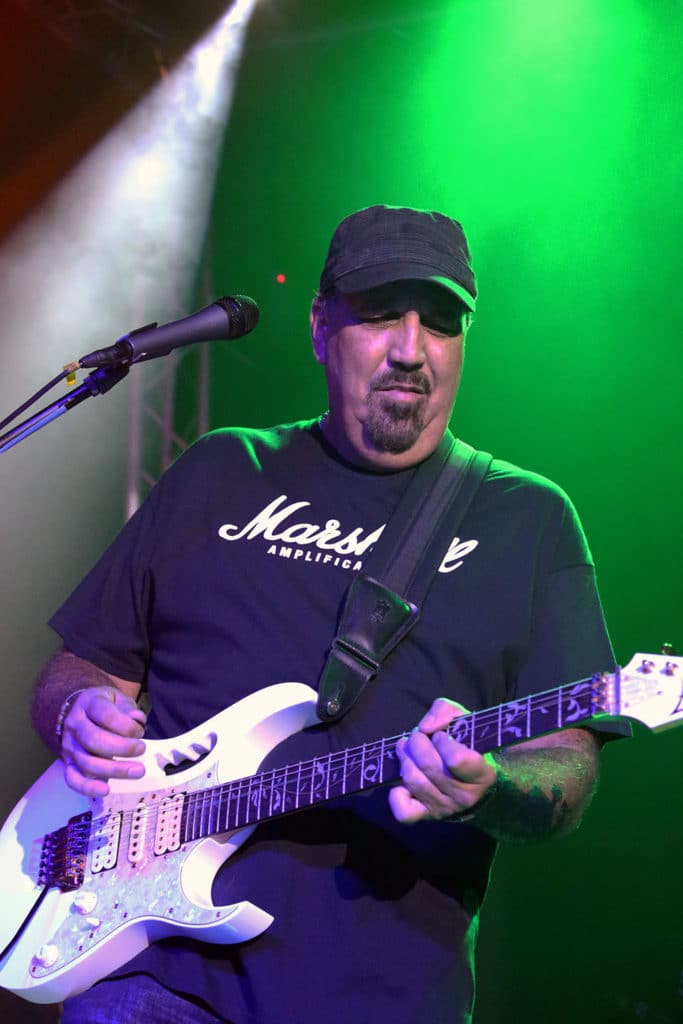 The Moment With Kelly Cowan

For Kelly Cowan, a veteran of the Temecula Valley music scene, the connection to music came early in life, and the moments that shaped his musical talents also came early in life. These talents have earned him respect among local musicians and recognition throughout the Temecula Valley for his many musical projects. Spend a little time talking with Cowan and you are instantly affected by his passion for music. Spend a little more time with him and you will likely hear the stories of how his early love of music was transformed into his musicianship that is so respected today.

“I was so drawn to music and it had such an effect on me at an early age,” Cowan says on a recent Monday afternoon after a weekend of gigs and rehearsals. “It was always on in the car and at home and I was really drawn to banging on things. So I would have my mom save all her Yuban coffee cans with the plastic lids. She would get different sizes of them and I would put water in some to get different tones, use the lids as skins and hit them with butter knives. I would sit in the kitchen and play along with the radio.”

Music would remain coffee can percussion in his home until at age four when he visited an older cousin in San Bernardino. “He’s out in the garage at an old upright piano banging out Beatles tunes,” Cowan remembers. “I was just fascinated. I could sit there and watch him do that forever. This was the first time watching someone play live and I thought, Wow, I want to do that!” Speaking about the significance of this on becoming a musician, Cowan says, “It had a huge affect on me. Before that I had no concept of playing an instrument
or playing live.”

When he got his first kit at age seven Cowan would bang away at it while listening to his favorite music on the radio. His rudimentary drum playing would be taken to the next level from an unlikely family source.

“A really big influence on me was my older cousin, Kim,” Cowan recalls enthusiastically. “I had just got my drum kit and up until then I had only played the coffee cans.
I had no clue on how to get my limbs involved. She came over for Christmas and saw the drum kit. I told her I wanted to learn. She said ‘I don’t know how to play drums but I go to a lot of dances with bands and I know their is always one thing they all do.’ So she sits down and (Cowan demonstrates a basic drumbeat with a pretend pedal stomp). That was all I needed. I realized that was the beat I needed for almost every song!”

In the local music scene Cowan has made a name for himself by playing in a lot of bands. So, what early experience led him to be in a band? As Cowan tells it,
“I was about seven or eight years old and there was this local band playing in their garage. It was the first time I saw a band play together. It was awesome! They were fantastic, and I just knew I had to do that.” They were playing his favorite British Invasion hits at the time, including the Beatles, Dave Clark Five and Herman’s Hermits.

Something was looming on the radio airwaves that would change his musical path, though. “I discovered FM radio through my older brother. They were playing underground music at that time, and that is when I first heard the Animals, Cream, Jimi Hendrix, and Deep Purple. These were edgier bands you weren’t hearing on KRLA, the Wolfman Jack show, the Real Don Steele show, American Bandstand and Soul Train. I started to get into heavier music, psychedelic stuff like Jefferson Airplane.” Not only would this add new musical styles to his repertoire, but the new guitar-oriented sound would influence him to reconsider drums as his instrument. “That was when guitar really took hold for me.”

“When I was 12 my older brother was getting ready to take a guitar class so my parents had gone down to Tijuana and came home with three guitars for me and my two brothers.” But Cowan says all did not come easy like it had with the drums at first. “In 7th grade I took a class for a quarter or semester, and I struggled.
I fell behind the other students, but once I could change chords without missing a beat, that was when I took off, and I lost interest in drums completely.”

While he has never gone back to drums professionally, Cowan has never stopped listening to and playing new musical styles. He has played in blues, rock, bluegrass, and cover bands. He says the moments he has in recent years are based on his awe of the musicians he plays with on the local music scene. “I am amazed at the skill and professionalism around me all the time,” he says. “Especially the guys I play with in Lifetime Rocker. It is crazy how good they are and how easy they make it seem.” Perhaps this is what makes him so respected in the community of musicians. He not only is passionate about music, he is passionate about musicians and making good music.

Be sure to catch Kelly Cowan in one of his many projects: Lifetime Rocker (recently voted 2014 Best Cover Band at the Temecula Valley Music Awards), The Heart of Rock & Roll (a Huey Lewis & The News tribute band), Mo’ Gruv, and Acoustic Groove.