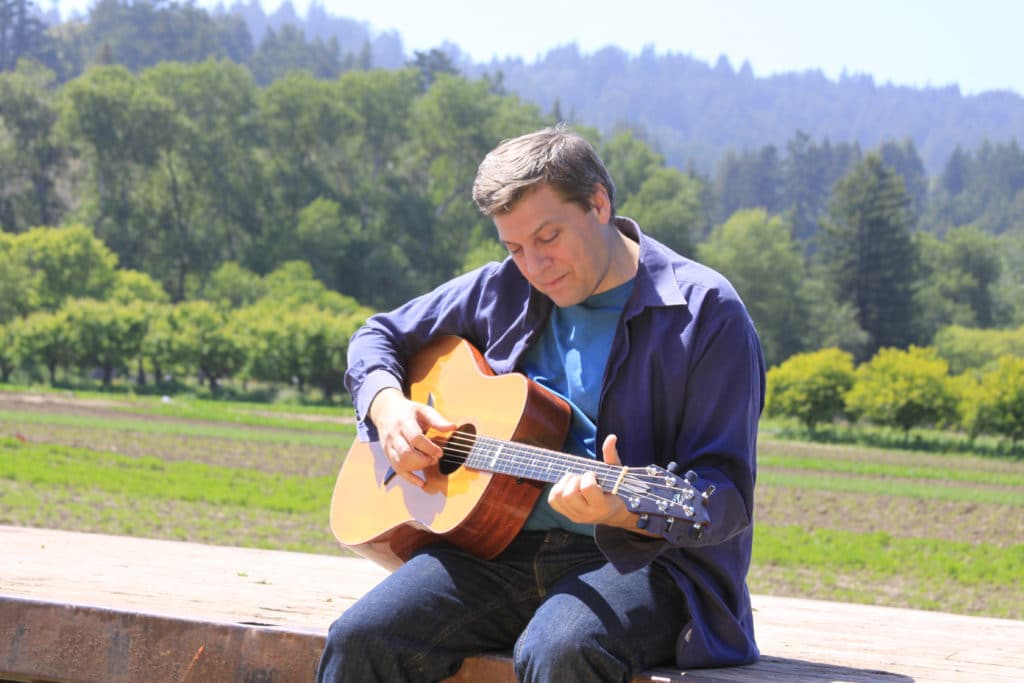 An award winning California Folk and Americana performing songwriter, Matt’s songs evoke roadside folk art sculptures made from found objects – old stories and his own experiences. His live shows blend humor and pathos as the audience goes on a visual and emotional journey.

Matt has been honing his craft as a writer and performer since he picked up a guitar in his mid-20’s while recovering from an injury. Chord books and cover songs led to bar gigs, but the rediscovery of the old (and new) folk greats and a love for the 60’s and 70’s singer songwriters led him to realize he had his own songs to write.

He released his debut album, Northern Lights, in 2013 (to good airplay on the FolkDJ chart), and he has continued to write many more songs, some of which have earned acclaim from critics and audiences. Matt plans to record and release his next album as time permits.