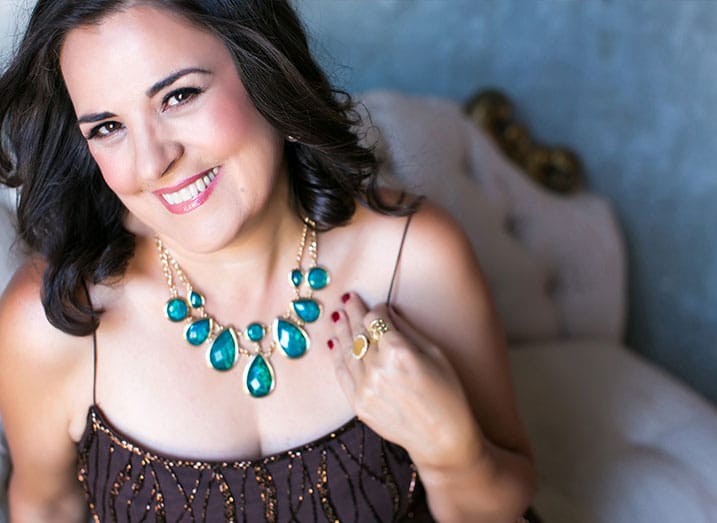 Spanish-born vocalist and song-writer Debora Galan has performed on both coasts of the United States as well as in Canada, Mexico, and Spain, covering a variety of genres including Latin, jazz, R & B and contemporary Christian music. Currently residing in San Diego, she performs frequently on the West Coast as a guest vocalist and with her own ensemble, Silk. The group features some of Southern California’s leading musicians. Before moving to San Diego, she began her professional career in Washington, D.C. in Latin jazz and salsa clubs, performing with top-ranked bands and opening for major artists.

Galan’s first album as a leader, All About Love (2016) features ten original compositions exploring the various aspects of love, from enchantment to heartbreak. Lyrics on two tracks are sung in Spanish. Produced by Emmy-winning Latin/world music producer Allan Phillips, the CD enjoyed frequent spins on West Coast radio and was scheduled for East Coast and European distribution in 2017. Reacting to the new CD, David Barron of KSDS said, “Love it! Will be playing it often,” while Jay Michaels of Magic 92.5
lauded her “beautiful angelic voice.” Ron Hamilton of WRJR calls her music “a marriage of jazz and pop, but so much more.” Galan has also recorded on Vassilis Sotiriou’s album, Live Your Life (2017), Gregg Manning’s Dance with You (2014), Jon Ciccareli’s The Journey (2008), and Steven Ybarra’s Love, Love, Love (2007) and many more.

Born in Brussels and raised in Madrid, Spain, Galan inherited her love of music from her grandfather and mother, both of whom sang flamenco. They often sang at house parties and special family events like weddings and baptisms. They liked to sing Cante Jondo, a flamenco style of singing, which comes from “deep within.” Her mom was especially fond of Concha Piquer (1908-1990), and sang many of her songs. In Madrid, Galan was raised by her grandparents and lived in a household full of relatives. Her mother and Polish stepfather led an active social and political life in Washington, DC, where she moved before entering junior high school. Her mother took her to concerts at the Kennedy Center and concerts of bands such as the Chilean Quilapayún and Inti Illimani (groups exiled from their home countries because of their political songs).

Growing up in Washington, D.C., Galan absorbed a range of popular musical influences, including Barbra Streisand, Anita Baker, Whitney Houston, and Sade. Watching the Barbra Streisand movie, A Star is Born Galan was moved by how music played a powerful role in the character’s life and enabled her to cope with grief and loss. She learned every song on the soundtrack and realized then that singing was her destiny. Later she became familiar with jazz styles listening to Carmen McRae, Nancy Wilson, Ella Fitzgerald, Etta James, and Billie Holiday. She still listens to them as well as contemporary artists like
Melody Gardot, Sophie Millman, Robin Mackelle, Amy Winehouse, and Adele. A myriad of influences shaped her eclectic musical repertoire. “I go for a groovy vibe,” says Galan, who mixes traditional and Latin jazz with a smooth new sound and “whatever surprises I decide to add in.” A constant in the formula is her Latin fire, whether hot or smoldering.

As a child she discovered Mexican rancheras and practiced them in front of a mirror. In junior high she began performing in school functions. She began singing professionally at age 19 while attending college in Washington, D.C. and working as a waitress at Cafe de Ipanema. The club was holding a contest/promotion similar to Star Search, but not enough people were participating. Debora’s boss handed her a glass of Courvoisier and told her to take off her apron and get on stage. She complied and soon other hopefuls followed her lead. After that, she was offered the position of lead singer in the house band, Banda de Ipanema. She also performed at Brazilian Sundance, Chelsea’s and Christini’s. In 1987 Galan settled in San Diego, where she joined the Carlsbad-based variety band OSM and expanded her repertoire to include gospel and contemporary Christian music, working with such artists as guitarist Steven Ybarra and Jon Ciccarelli . In 2008 she struck out on her own, performing as a soloist and with her band Silk. She has since performed with smooth jazz keyboardists Greg Manning and Burt Brion, bassist Darryl Williams, multi-instrumentalists Allan Phillips and Kamau Kenyatta and Greek guitarist Vassillis Sotiriou.

With a style that evokes memories of Barbra Streisand and Sade, enriched with a subtle Latin flavor, Debora Galan’s fresh, clear voice and smooth tones soothe the soul, whether she’s serenading with a quiet love song or belting out a hot salsa number. Equally comfortable performing in a small, intimate lounge or before a packed auditorium or festival, her on-stage presence amazes and enthralls.