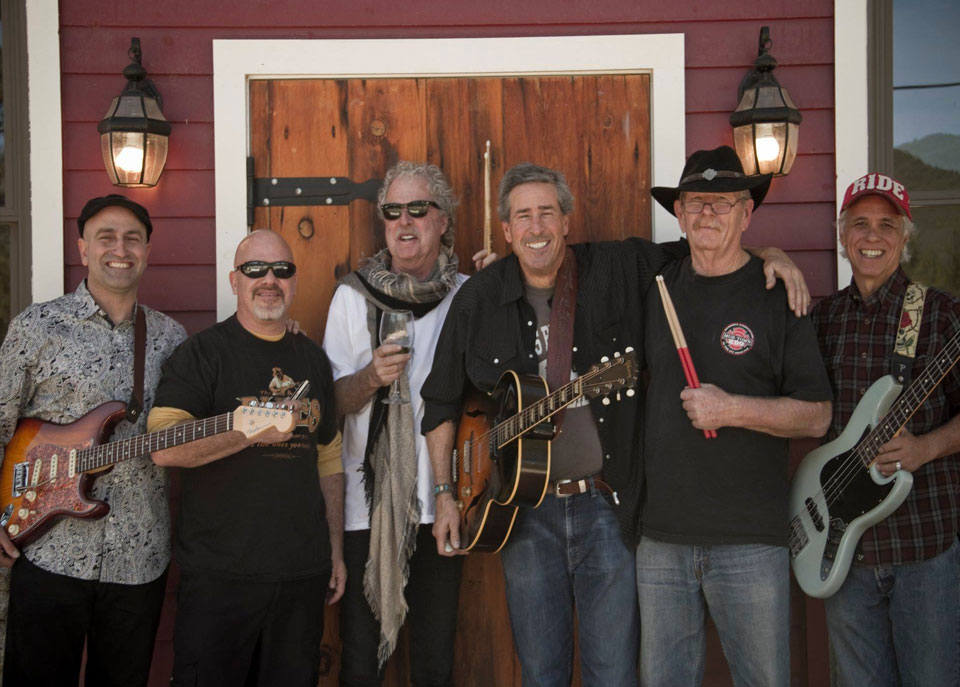 If you love live music, make time to go see the Barstow Prophets. The band reminds me of having a great dinner conversation with close friends, jumping from topic to topic, except it’s music. You are not required to listen or participate. You don’t have to pay attention, but if you do, I guarantee that you will be entertained by a great mix of rock, blues and country.

It use to be that successful artists grew out of garage bands, sometimes called jam bands. The music was more important than the image, and some of the best bands had a great unspoken chemistry between the group. It was the age of “let the music do the talking.” These days its tough to find the equivalent, but you find those qualities in The Barstow Prophets.
They embrace music from Dylan and The Dead to BB King and The Black Crowes. Each member is talented, and brings a different musical language and dialect. I want to call them a garage band on steroids, but that would belie the bands level of skill and musicianship.

The band warns fans on their webpage that they NEVER play cover songs note for note, and to expect long guitar solos. That would be an understatement. Take for example their version of Sonny Boy Williams “Good Morning Little School Girl” made popular in 1973 by Ten Years After and later Johnny Lang. The Prophets kick it off like TYA, with great homage to Alvin Lee, but then immediately make it their own, by conjuring up the bands own brand of rythmic voodoo.

The Prophets were founded by lead guitarists Mike Bacarella and Chris Whelton. Both have their own musical history, playing style, and guitar tone. In the Prophets, each of them share lead and rhythm, and occasionly an impressive duel lead. Conga player Leonard Wallace explains the guitarists relationship. “There’s plenty of room for two guitars. Mike speaks, and Chris speaks. It’s a conversation, not a contest. The whole vibe of the band is that we are connected on stage and we’re there to compliment each other.” Whelton chimes in, “Mike is a phenom, I couldn’t compete with him; I’m inspired by him. He makes me want to play better every night.”

When you get to know the band you realize that the Prophets are the antithesis of band drama, they actually live the concept of “surround yourself with those that support you and challenge you.”

Because they trust each other is why they have such a good time on stage. Everyone agrees, the band is not about any individual musician. These guys honestly don’t seem to have egos stopping them from equal participation and contribution. It reminds me of an improvisation principle I researched that suggests great improvisation demands selfless collaboration, and rewards individual expression.

That’s what you get with the Prophets, a tight seamless musical unit. These guys are a band not to be missed, and who often include additional talent on vocals, harmonica, or Hammond B3.