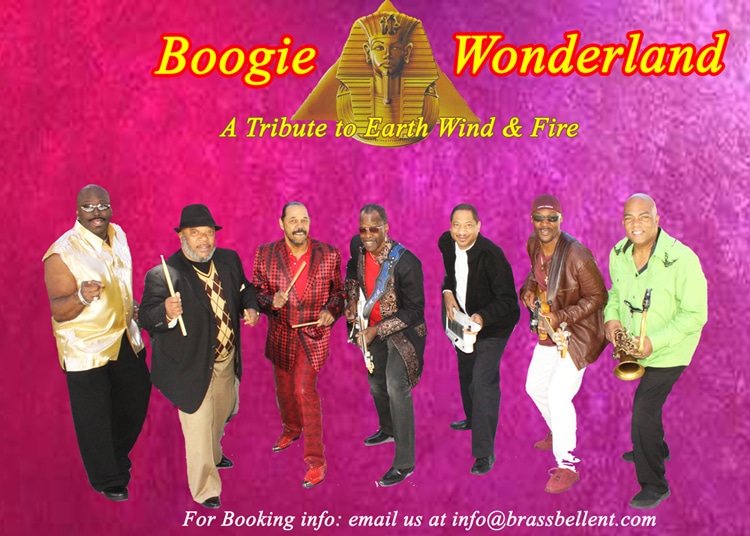 Earth Wind & Fire was by far one of the most electrifying and influential bands in history, with a recipe of Gospel, Jazz, R&B, Rock, and African. They were able to bridge the gap between all cultures with this combo of music delight.

BrassBell Entertainment is proud to present “Boogie Wonderland” a tribute to Earth Wind & Fire, formed in early 2009 in Los Angeles, CA by Event and Music Producer Donald Bell, formally with Warner Music Group, who on numerous occasions had the opportunity to work with some of the original members of EWF. BW has brought together some of the most talented vocalist and musicians in the country to re-create the music, the magic, the excitement and the memories that this awesome music brought us, with hits like “Reasons”, “September”, “Boogie Wonderland” and “Getaway” you will be on the edge of your seat are in the middle of the dance floor enjoying hit after hit, With some of the original phoenix horns also joining the cast from to too time, this show is by far one the best Earth Wind & Fire Tribute show in the Country.