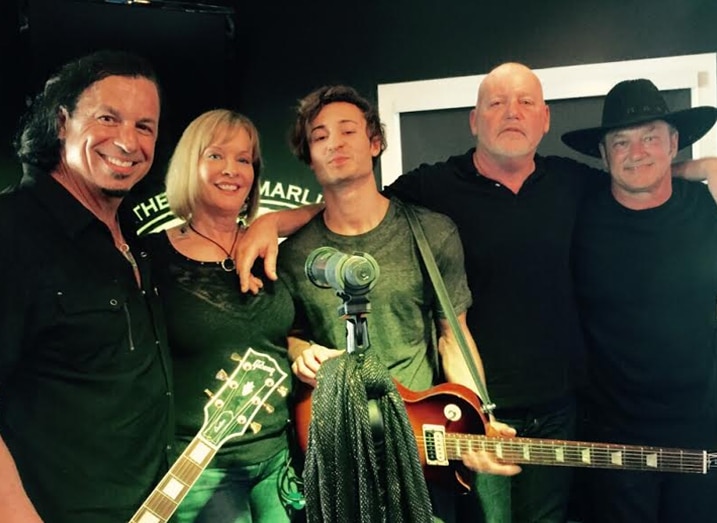 The original Wight Litening Band was formed in 1973 by then-high school juniors Randy Esposito and Nathan Andrews. Randy played lead guitar and Nathan played bass, along with Rick Hodson on lead vox, Mike Minardi on rhythm guitar, and Tom Strong on drums. In the Fall of 1974, Gina Sangermano joined the band on keyboards and Paul Reynolds replaced Tom on drums. With this new line up, the band really took off. We practiced Monday thru Thursday in Randy’s garage and gigged every weekend at school dances, parties, hotels, and concert venues. Not only did we cover the hottest rock and roll of the day, we also got into a lot of theatricals replicating the great concerts of the decade such as Led Zeppelin, Alice Cooper, Aerosmith, and Kiss.

After many personnel changes, in 1977, we all went our separate ways. Fast-forward to 2012, thanks to Facebook, Randy, Nathan, Gina, and Paul reconnected and started jamming again. In need of a lead singer, we reached out to our friend and alumnus Kristine Black (now Jones) and she agreed to join us. Randy’s nephew Michael Hill completed the band on second guitar. In early 2013, Dr. Marcus Morris replaced Paul on drums. We never expected to make the come-back we did, and we THANK YOU, our loyal friends and fans, for making that possible! We are excited to be playing again on a regular basis! From dinner music to soft rock to ‘a little bit country’ to “punched up” rock and dance music, Wight Litening’s versatility can take you from the great rock classics of the ‘70s thru every decade to today, all in one night!